47. Some old pics of us in Thailand

Here again I managed to look up some old photographs (black n white) of us during our stint in Thailand a few decades ago.  We had a friend who was a local of Bangkok to show us around. 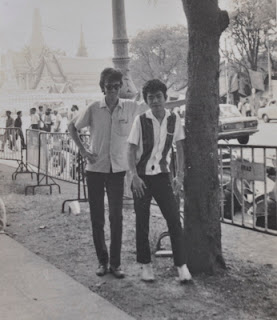 Me and Christopher (13) beside a boulevard. 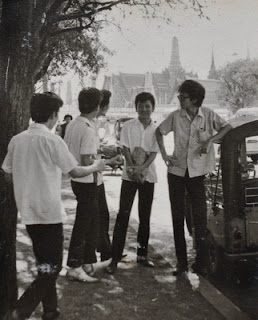 Chilling out under some trees. Those guys bought some local fruits. 'Try some of these fruits' said Peter. He's Tommy Ong;s brother who joined us for a holiday there. 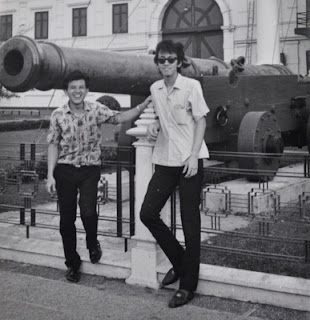 Me and Kai Leong, our sound tech.  He's fondly called 'Technician' by us until this day. 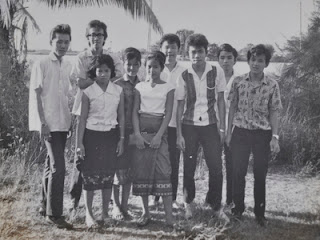 Our local friend brought us to this beautiful lake where we met some rural girls selling handicraft.


Looking at these old pics bring back fond memories of our stay there and the friends we met.
Posted by The Travelling Foodie at 9:33 PM No comments:

I'm sure that many of you were fans of the beautiful voice of Connie Francis with hits such as 'Stupid Cupid', 'Frankie', Everybody's Somebody's Fool' and many others. Back in the 60's, we all fell in love with that beautiful voice and even danced to her songs. 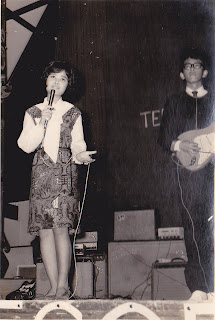 I'm sure that many of you will remember 'Rubiah Lubis'  and watched her perform at shows throughout the country. We had the pleasure of having her on together with us during our tour. The above pic. shows Rubiah with me and The Fab. Falcons at St. John's Ambulance Hall, Ipoh.
Posted by The Travelling Foodie at 8:12 PM No comments:


Here's another video clip of me playing 'Dance On'. This is also one of my favourite songs by The Shadows.
Thanks for watching, guys.

Posted by The Travelling Foodie at 7:50 PM No comments:

44. Some pics of my days at Loggers Wine & Dine

As I mentioned in my earlier post, I will be putting up some pics of my days at Loggers Wine & Dine. I managed to find some from my collection and I'm sure that some of you will remember this place esp. my friend Jerry Arul.  He used to hang out at Loggers during those days and now, he's on the performing circuit too.

Loggers Wine & Dine used to be one of the popular pub & grill places in Ipoh at that time. It was located at a row of shops opposite the Perak Stadium.  Now, after many decades, this place is no more in existence but it still remains in my memories of the fun times back then. 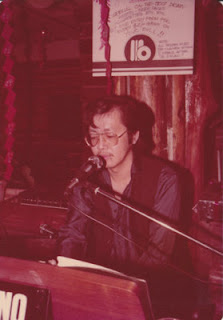 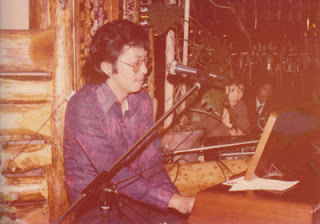 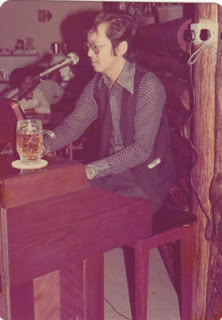 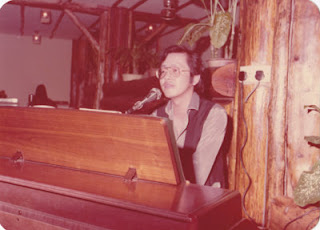 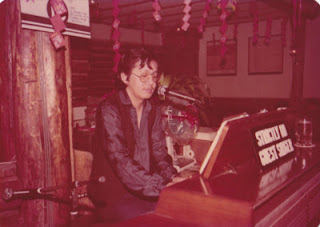 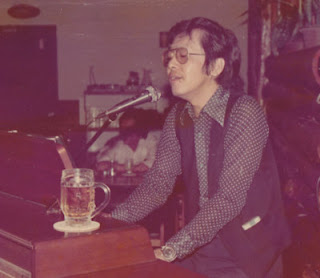 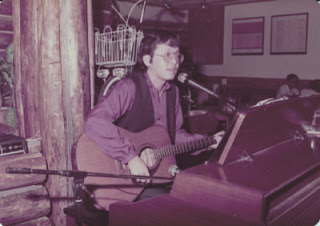 I still remember doing John Denver songs and some country too besides other popular hits as customers would always request for them.  A beer feels good by my side.  Hope you guys like these pics.
Posted by The Travelling Foodie at 2:25 AM No comments:

43. Theme for Young Lovers by Joe

Just did another video recording on my Nikon D.90 playing my favourite song 'Theme for Young Lovers' by The Shadows. This time, I'm using my son's Ibanez Jem for this song. Hope you guys like it.

Posted by The Travelling Foodie at 3:37 AM 4 comments:

42. Joe playing Apache on a strat

Just tried using my Nikon D.90 for this clip and uploaded to YouTube.  The video was done at home. Hope you guys like it.

Posted by The Travelling Foodie at 11:39 PM No comments:

41. Some pics of the Green Fern days

Some of these pics were found in my collection of old photographs, some from the time I was performing in Green Fern Coffeehouse, Ipoh. That was a very long time ago and these pics bring back some good memories.  Since I was doing solo, I played the guitar and using the bass pedals on the organ for a fuller sound to accompany my singing.  There would also be my usual mug of beer beside the organ.

Posted by The Travelling Foodie at 7:06 PM No comments: