53. A Weekend at Niagara Falls

After our trip to Washington DC, we decided to go westward to Niagara Falls on another weekend. It was another 8 hour drive which we enjoyed as the scenery in Massachusetts and upper New York State was awesome. There's nothing like driving yourself and taking your time to take in the beauty of the countryside with its lakes.
The city of Buffalo is the westernmost end of NY State. Buffalo wings originated from there but we didn't try it as we were moving to the Falls, just a few miles further on. It was a beautiful morning when we arrived in Niagara Falls with perfect weather. We decided to spend some time on the American side of the Falls before heading to the Canadian side. This post will have some of the pics I took around the American Falls while the others will be in my next post. 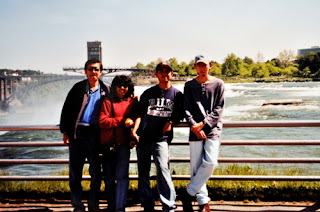 Me and my family at the park
on the American side of the Falls. 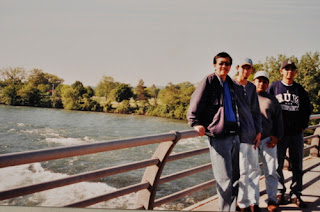 A bridge across the river before the Falls. 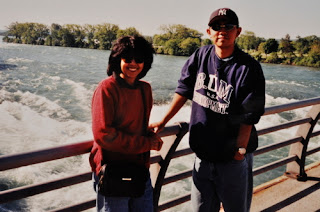 It was awesome on the bridge. 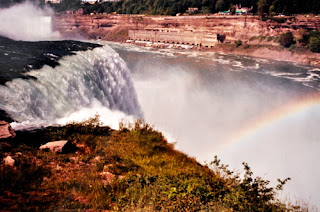 Beside the American Falls with a
beautiful rainbow. 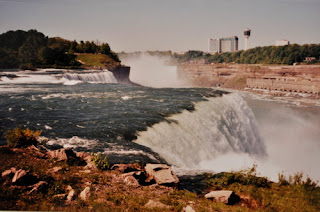 Beside the American Falls. 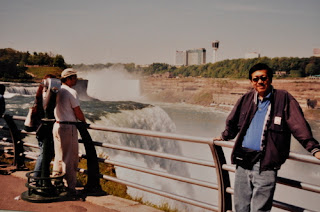 The American Falls.That's Canada on the other side. 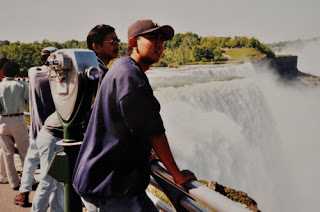 Taking in the breathtaking view.

There's so much to see here and you can spend the whole day here.  We moved on to the Canadian side after spending a few hours on the American side. More pics to come in my next post.
Posted by The Travelling Foodie at 8:57 PM No comments: