By the time I get to Phoenix, ...... Yes this is a beautiful song by Glen Campbell and thats where I'm heading.
My son Don was relocated to Phoenix, Arizona after spending a few years in Boston.  He arranged to have us visit him there. We arrived LAX in Los Angeles on 23rd December and that was considered peak period for travel.  Upon arrival, we made our way to the immigration hall which was already packed to the brim. By the time we got through, we had already missed our connecting flight to Phoenix. Anyway, we were checked in for a later flight and finally landed in  Sky Harbour International airport, Phoenix AZ about 9pm and was met by my son Don. He brought us for supper before heading back to his apartment. 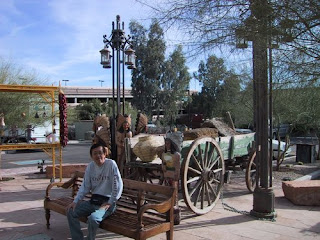 Sitting next to a wagon 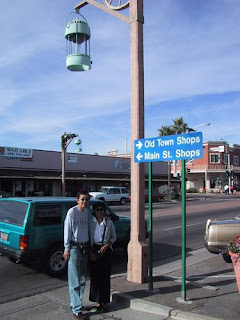 A suburb in Phoenix 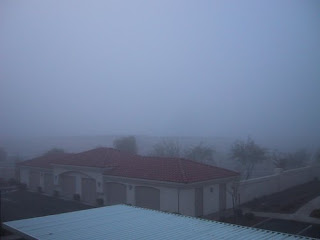 A foggy day. A view from my son's balcony 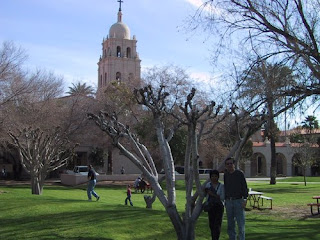 One of the suburbs of Phoenix.

Don planned a weekend trip which was the next day  to L.A. with Disneyland and Universal Studios in our itenary. We spent the next day chilling out before travelling. We love to drive and this was another overnight drive which I was looking forward to. I will be writing more of our trip to LA in my next post.
Posted by The Travelling Foodie at 12:23 AM No comments: